When the first Days Inn opened in 1970, not even Cecil Day could have known what we would become over the next half-century. Specifically, one of America’s most trusted, consistent, and highest-value names in hospitality; a beacon of respite for weary travelers looking for affordable quality and a great night’s rest.

We hope you’ll take a moment to celebrate 50 years of Days Inn along with us.

Days Inn began — as so many landmark brands do — as an idea. Cecil B. Day was driving cross-country with his family in 1969 and was frustrated that he couldn’t seem to find the perfect hotel for everyone to enjoy a comfortable stay at the end of the day’s drive. It didn’t seem like it should have been too tall an order; all he and his family were seeking was a clean hotel for a fair price. But when it became apparent that many hotels of the time simply couldn’t satisfy these simple requirements, Day decided to take matters into his own hands. Even though he had no previous hospitality experience, Cecil Day decided to open a hotel on Georgia’s Tybee Island the following year. It would be the first Days Inn. 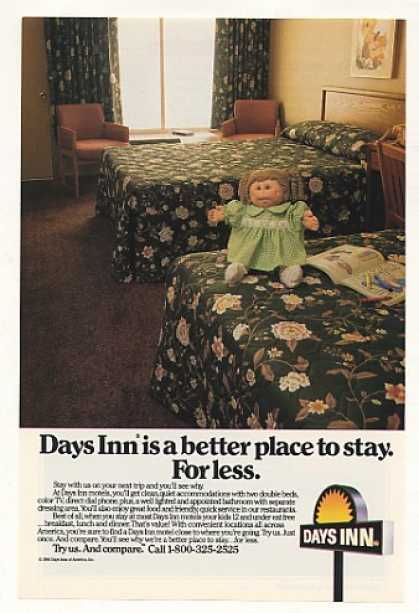 After Cecil Day’s simple idea of offering a quality hotel for a fair price proved extremely popular, he was able to open a second hotel. Then, a third. By 1972, Day had the idea to franchise the concept. As the decade progressed, travelers began to see Days Inns popping up alongside popular highway corridors in nearly every state. By 1980, there were 300 Days Inns welcoming rest-seekers all over America. 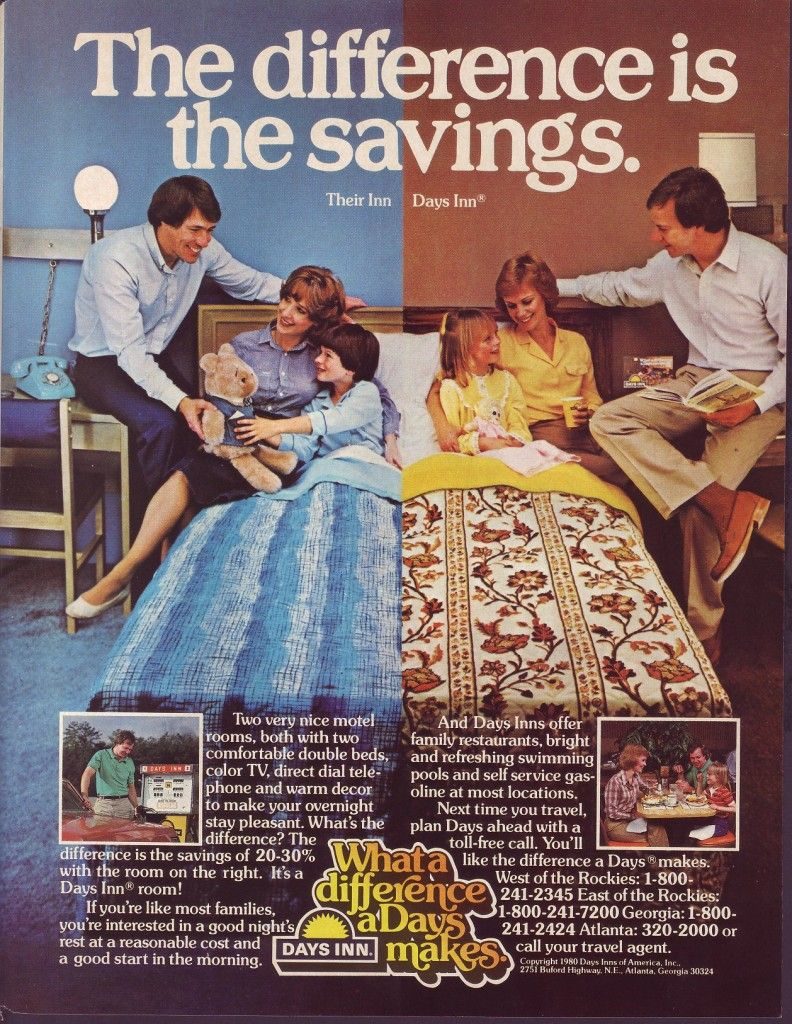 Early Days Inn locations didn’t just fulfill Mr. Day’s promise of quality accommodations for a fair price, they also offered several additional guest-friendly touches that helped the brand to develop a following nearly from its inception. For instance, all of the first Days Inns featured an on-site gas station. This was particularly important for travelers in the ‘70s, as gasoline shortages meant that sometimes stations with available gas would be few and far between. A guaranteed morning fill-up before getting back on the road proved a pretty attractive idea for many road-trippers. 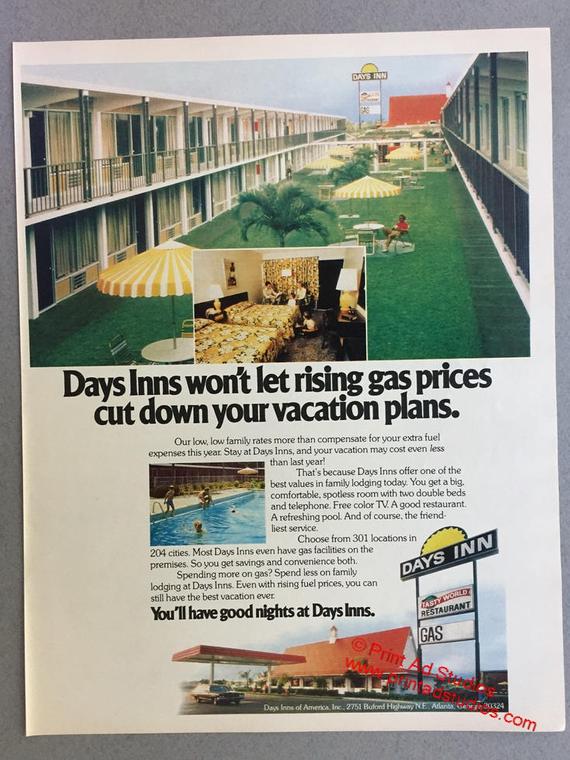 By the mid-’80s, Days Inn wasn’t just popular with families of travelers. It also became popular with families of hoteliers. Many Days Inn franchisees have developed a very personal connection to their hotels, which have become family businesses passed down as multi-generational treasures. Further contributing to this family feel, Days Inn took the lead in the hospitality industry by developing hiring initiatives benefiting people with disabilities, those experiencing homelessness, and seniors. A community began to develop — one that persists to this day. 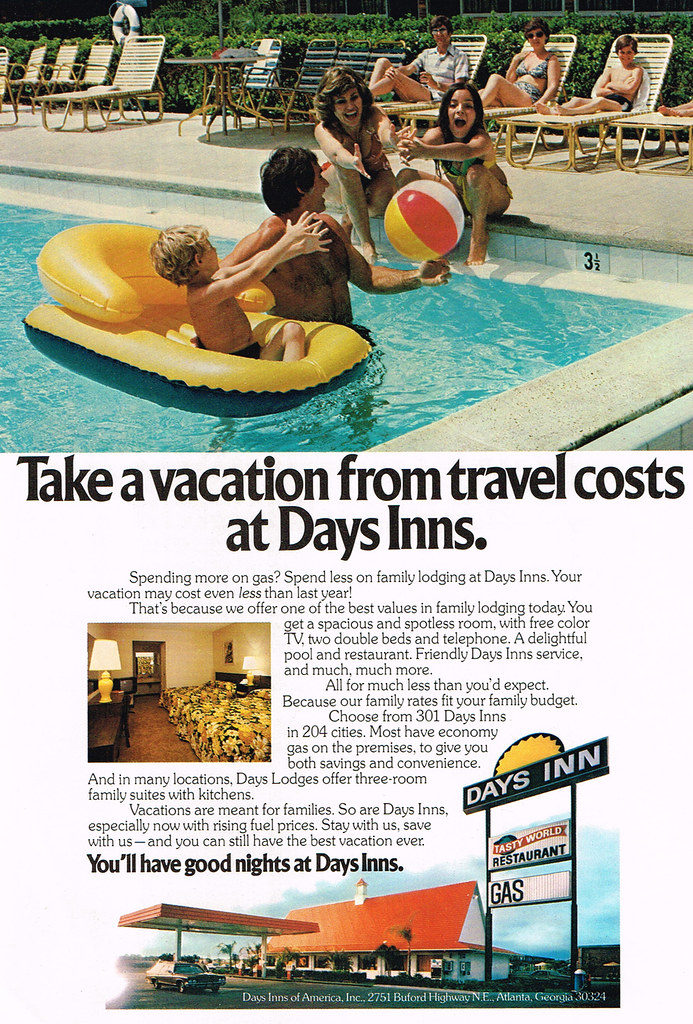 Days Inn’s trajectory only continued after the brand was purchased in the ‘90s by the company that would later become Wyndham Hotels. Via this acquisition, Days Inn was better positioned than ever to serve a wide range of customers with a broader base of resources and support. Even though Days Inn now shares a portfolio with 20 other hospitality brands, Wyndham leadership was still committed to maintaining the important reputation that put so many Days Inns on the map in the first place: high-quality family accommodations for a reasonable price, and in places where travelers want to go. 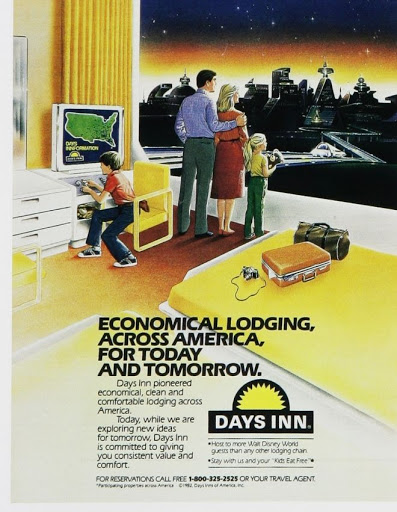 It’s no secret that 2020 has been challenging on several levels, and for myriad reasons. The COVID-19 pandemic has certainly had a major impact on travel and hospitality, with many families foregoing vacations altogether this year. However, even in the face of such considerable challenges, Days Inn has continued to succeed by never wavering from its original mission. And now, with many franchise-wide improvements rolling out across the entire brand (including a sunny new in-room design concept called “Dawn”), Days Inn hotels are looking forward to another 50 years — and beyond — of exceptional value, customer service, and quality. 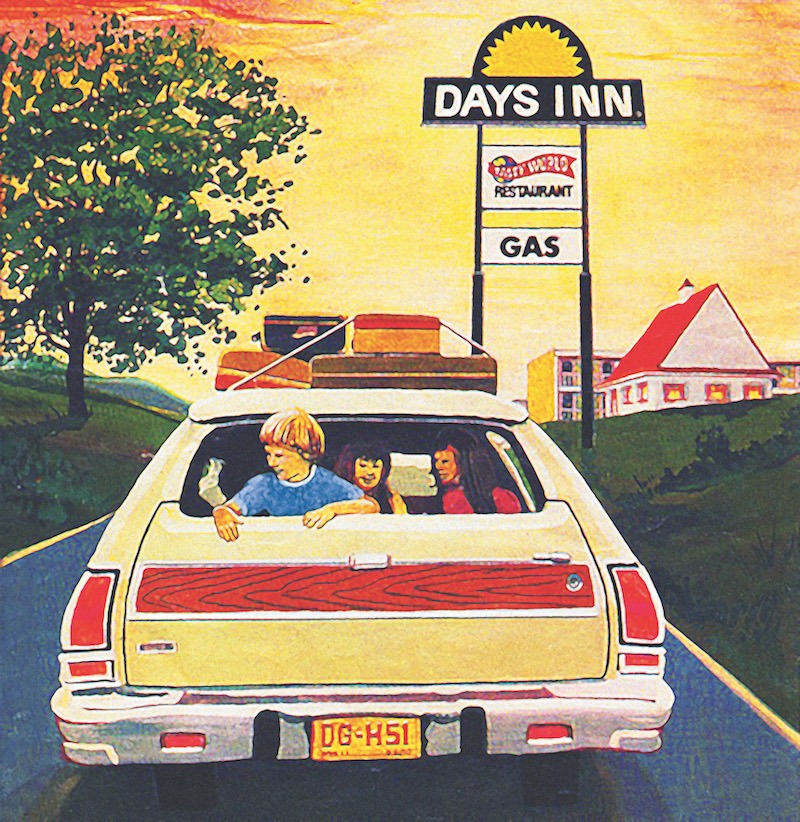 We look forward to welcoming you to our hotel in the same spirit that inspired Cecil Day to open our flagship location. We hope you’ll visit us soon!